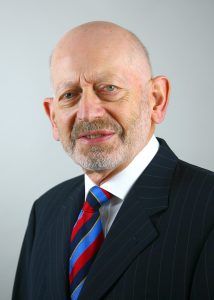 Following an open competition Douglas Bain took office as the Senedd Commissioner for Standards on 1 April 2021.

Douglas was called to the Scottish Bar in 1974. After a period in private practice he served as a Procurator Fiscal Depute specialising in the investigation of serious and complex fraud and corruption.

In 1988 he moved to Northern Ireland where he held a number of senior appointments in the criminal justice field. Following his retirement from the civil service Douglas was the Chief Electoral Officer for Northern Ireland from 2006 to 2010. From 2010 to 2013 he was a member of the Parades Commission for Northern Ireland.  He was the first Northern Ireland Assembly Commissioner for Standards from 2012 to 2017.  During the same period he was the Appointed Person for the whole of the United Kingdom under the Proceeds of Crime Act 2002.

Douglas was appointed CBE in 2010 for services to the Northern Ireland Prison Service. He holds the Territorial Decoration with bar. He lives with his wife in County Down.

About the Standards Commissioner

The main duties of the Commissioner are to:

Further to the above, the Commissioner may also give advice to the Senedd on:

In the interests of openness and transparency the Commissioner has decided to disclose his interests under broadly the same categories as is required of Members. The information given is as at 1 April 2021 and will be updated whenever any significant change occurs. – Commissioners Interests